Ullens Alumni in the spotlight

Ullens Alum, Chiran Pandey, Class of 2015 who also happens to be an NYU, Abu Dhabi student has been awarded the prestigious Ertegun scholarship to the University of Oxford. He was among one per cent of applicants who will receive a full grant, worth Dh 180,000, under the Ertegun Scholarship. More than 1,500 hopefuls applied for the program but places were given to just 15 students from around the globe. Oxford’s selection committee only picks the “very best students” who will become “leaders in their chosen fields”. Chiran who is on a fully funded four-year scholarship to NYUAD, will soon travel to the UK in late September to pursue his one year master’s degree in World Literatures in English. “I applied for the scholarship late last year and had a video interview with the selection committee on February 20, the same day as my birthday,” the fourth year undergraduate at New York University Abu Dhabi, told The National (published). “I was actually with a friend when I found out (the scholarship) but I didn’t say anything, I just left the room and called my parents back in Nepal. I wanted them to be the first to hear the news.” He added. Chiran Pandey, 22, is the first recipient of the “highly competitive” funding in NYU Abu Dhabi’s 10-year history. The scholarship was named after Mica Ertegun, a well-known humanitarian who has received countless awards for her services to philanthropy, education, and British-American cultural relations. Currently majoring in Literature and Creative Writing, Chiran is due to graduate this summer. He said he was looking forward to spending a year at such a “prestigious institution”. His plan is to relocate to the UK in late September for an October 10 start date. As with all school pupils and university students in the UAE, he recently began an online learning program as campuses across the country closed to contain the spread of Covid-19. “It is a little bit sad that this is how my senior year has ended but I’ve had a wonderful four years here,” he said. “Knowing that I am going to study at Oxford on a scholarship has helped get me through what has been a bitter-sweet ending.” 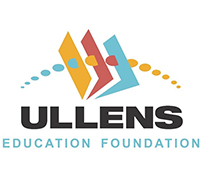